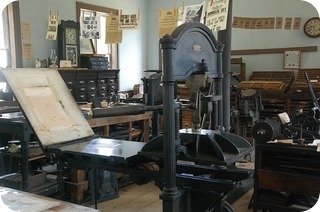 The Newsroom has the news from the rooms, hot off the presses.

This site has been following the progress of Dr. Knox’s Enigma of Edinburgh. It’s uncertain when the location opened and its proprietor has not replied to a couple of enquiries to this regard. Nevertheless, the TripAdvisor reviews started on 26th April, so opening can have been no later than that and the map has been updated to show them open. Early reviews are impressive – and, even more telling still, two other location owners in Edinburgh have tweeted about how much they enjoyed their game there. What more could you ask for?

The Escape Room of Manchester have announced something hugely exciting on their Facebook: “We are very proud to announce that we will be opening 6 new stores in the UK, 6 Locations in Europe and 8 Locations in the Middle East! Watch this space for the locations to be revealed!” The location has made a very fast start in Manchester; fingers crossed that other branches can do just as well. There are no updates as to potential UK whereabouts on the Escape Room International site that have not been there for some time, though second-hand information points to the potential for escape rooms to come to new towns in the UK. That’s sufficiently vague.

Puzzle Break of Seattle have launched an exit game on the Anthem of the Seas cruise liner that sails from Southampton during the summer, as previously discussed, and early indications are that it’s being very well received. Cruise Critic were wowed and the fan Royal Caribbean Blog have pictures.

As for passengers on the ship: the boat, still on its first few voyages, has got generally very good but somewhat mixed reviews. Perhaps this is due to teething troubles while things are so new, perhaps this is because the variety of offerings on board are so different to seasoned cruisers’ expectations; in one case, perhaps it’s because the passenger had his suitcase dropped overboard. (The crew rescued the case and washed the clothes, but the iPad and hair straighteners therein were a matter for the insurers.) However, Puzzle Break on the ship has received nothing but standout positive comments in reviews at CruiseCritic and at cruise.co.uk as well.

Any word from Make A Break of Manchester recently? Their booking page leads to a dead end and their Facebook page seems to have gone as well. If you can’t book to play at a site then is it really still in business? Perhaps they’re upgrading their game, perhaps not. One to keep an eye on.

And finally: perhaps it’s not just exit games that have hidden items to find!

Technically this is the US Sudoku Championship logo rather than the US Puzzle Championship one, but it’s always been a beauty. This weekend’s highlight is the US Puzzle Championship, a 2½-hour online language-free culture-neutral puzzle contest, where participation is open to entrants around the world. You can still register to take part; once you’ve logged in, the instruction booklet is available. Download the puzzles in advance; the password will be revealed at 6pm UK time on Saturday 17th and you have until 8:30pm UK time to submit your answers in order to score as many points as possible.

It’s worth reflecting at this point that as recently as 2010, the UK puzzle season was the US Puzzle Championship – and, if you didn’t qualify for the World Championship, that was it. 2010 was a pivotal year with the launch of the UK Puzzle Association and also Logic Masters India bringing frequent tests; 2011 saw the start of the UK Puzzle Championship and so much has followed since. The US Puzzle Championship is quite a traditional event, what with its fixed timeslot; it is clearly aimed to find the best competitors for the phenomenally successful US team for the WPC and sets its difficulty accordingly. If you’d like to know more, this site recommends Dr. Thomas Snyder’s nine-part Better Know the USPC series from 2011.

Let’s round up the latest exit game news as well: 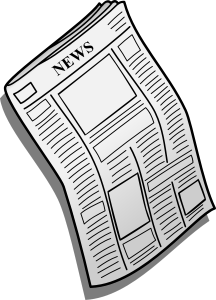 To conclude our round-up of news, let’s check the ten known exit game sites in the UK and Ireland for their news:

The biggest news comes from Cipher Entertainment in Leicester, who will be temporarily closing their Chamber Escape game from 26th April in preparation for what they call season two. “We hope you adventurers are ready for the new game, with new tricks, new decorations, new ways of gaming and so on! So be ready, Champions! For we defy you all, you will not escape that easily again.” There are still a few spaces available for April, though none yet for May. Their new pricing structure reveals one-third off discounts for booking for weekdays, and one-eighth off discounts for booking for parties of 6+. More news about the reopening when it becomes available.

Similarly, Puzzlair of Bristol have an Easter Egg discount promotion offering 15% off for parties of three or more, if you book before Easter Monday, which I reckon is 21st April.

Over the Irish Sea, XIT of Dublin recently used their Facebook page to announce the opening of their fourth different game. “Imagine a world where every sin is an illusion of a virtue that guides you through logical steps to get hold of the Philosophers’ Stone. Is seeing really believing?” I like the theme – and while I know of another site where four teams can play at once, I believe XIT is unique in having four different games to play. An unusual and delightful theme and the two photos they have revealed look rather gorgeous.

Also news from Escap3d of Belfast: they are currently number one attraction out of 137 in Belfast; very intrigued to see a review mentioning the development of a second room at some point. The admission fee is now £45/team, with soft drinks included, but the site is open seven days a week and can accept teams of six as well as 2-5.

Lastly, very interesting to see this Indiegogo project to crowd-fund another exit game, QuestRoom, set to open in London. A couple of weeks in, it doesn’t appear to have got too far towards its goal, but the “flexible funding” option means that all the donations will go towards funding the site, with the campaign saying “Our goal is to reach £15,000 which would cover the start up the game and the first couple of months’ essential costs. The plan is flexible; we’ll find a bank loan for the missing amount if we need to.” The perks for donating include vouchers for play. There doesn’t seem to be much to go on, but there is a Facebook page and you could try asking questions there.

If you know something I don’t, please send the news through!

It’s always exciting to find out about new exit game sites. Today I’ve found out about one which opened in the last two weeks, taking the total number of sites open in the UK and Ireland up to double figures. Well, the number of sites I know about, at least; if you know about others, please send details through!

Make A Break opened in Manchester on Sunday 16th March. Their very evocative web site suggests that they have one game, of an hour in duration. It features two videos that set the mood, though are probably taken as mood-setters only rather than previews of what might be found within the game.

The web site suggests an interesting wrinkle in gameplay: “You might get stuck and ask for some help from the quizmaster – just use your walkie-talkie. As it wisely though – there is no free lunch – help comes at a cost: ouch loose some time“. That sounds like a player-friendly policy and should ensure that people keep having fun throughout the hour; I’m curious to know how well it works in practice and suspect it may well make for some very close finishes.

The site is so new that I haven’t yet found any reviews; it may be worth following the site’s Facebook page. One thing to pay particular attention to is that there is a special offer for bookings made by the end of March; teams of three get a £5/player reduction, teams of 4-5 get a £3/player reduction. It’s possible that the Facebook page may feature further discounts in time, too. Keep watching!