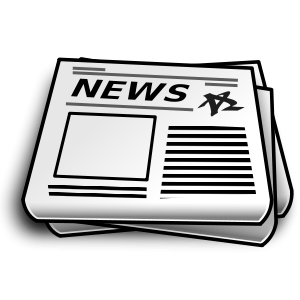 The last collection of news focused on mechanical puzzles; this one is about puzzle events, mostly leaning towards the puzzle hunt side of things.

There was a slight cliff-hanger relating to events in London on the second Tuesday of each month; as well as the London Puzzle Party, the date is known in five cities around the world as being Puzzled Pint day. See our previous post on the event for more details. The location puzzle is expected to be published at 7pm BST today; solve it and find out where to go at (or, with the considerable number of attendees that the event draws these days, before) 7pm BST. Bring some friends to form your team, or make new ones while you’re there.

Again, one of the likely topics of conversation while you’re there is DASH 6, as previously discussed. Registration has already closed in two cities; I don’t know exactly when London’s registration will close, but at a guess it’s likely to be very soon after Puzzled Pint, not least because there are only two slots remaining. Firm up your team there and then – or get in touch as there are some teams who may be looking for a stray member or two in order to get to a full complement of five. ((Edited to add: Confirmed; registration deadline is indeed “after Puzzled Pint on Tuesday”.))

If you’re not in London, there are some online hunts which may be of interest. UrbanQuest are one of several companies who permit you to explore cities unfamiliar to you by selling you self-guided hunts – sadly none in the UK or Ireland, yet – which you can follow in order to earn points and badges on their site. (You can also solve quick location-free “Quizzle” puzzles for points, too.) Of more interest to solvers here is their EpicQuest online hunt now in progress, with four standalone chapters and a fifth chapter that depends on the first four. Prizes are awarded half as cash and half as donations to the charity of your choice… within North America. Nevertheless, the rules are worth browsing, all the way to the very bottom.

Further ahead, dates of 5th-13th May have been published for the Melbourne Uni Maths & Stats Society (MUMS) puzzle hunt and registration is open as well for teams of 1-10. Score points by solving hunt-style puzzles revealed over the course of five days; if you don’t solve them on day one, hints are published and the puzzles’ values decrease. This is one of the world’s great online hunts; more soon, but start thinking about your team now.