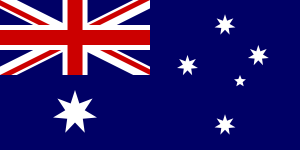 News has reached the site, over time, of three puzzle hunts all set within Australia. All three are primarily organised over the Internet and all three welcome online participants from around the world.

The oldest of the three is the Melbourne University Mathematics and Statistics Society’s Puzzle Hunt, hereafter the MUMS hunt, which has archives dating back to its first year in 2004. A little younger, since 2007, is the CISRA hunt, where CISRA stands for Canon Information Systems Research Australia who promote it, and the archives of the University of Sydney’s counterpart SUMS puzzle hunt date back to 2009. All three have some similarities in format, to the point where it may be useful to consider them (slight variants of) a conventional Australian format.

Day four sees a fourth round of puzzles and extra hints for each of the previous three rounds, and day five sees a fifth round of puzzles and hints similarly. (Each round has a maximum of three sets of hints, and a minimum value of two points per puzzle.) You’ll generally need (almost?) all the puzzles’ solutions to be able to solve the metapuzzle, and the MUMS hunt has a physically hidden object to find as a result of it. That’s the only extent to which a physical presence is required.

The MUMS hunt welcomes teams of up to ten solvers, SUMS limits teams to five and CISRA limits teams to four. I recognise some crossover between the top teams in the MUMS hunt and the top participants in some of the other great online hunts from around the world, though the names are not always the same.

More excitingly, I think I recognise some team names as having UK members; the ManMaths team has Manchester solvers, including the team behind the wonderful Puzzlebomb. Likewise, I get the impression that the PuzzleBrains team may come from the forum, and a little investigation into team “Fifty-Nine Degrees North” points to solvers on Orkney. So a great deal of UK interest, and I’m sure there must be other UK solvers I don’t know about. Good luck to you all, especially in the next MUMS hunt, which starts on Monday 5th May!