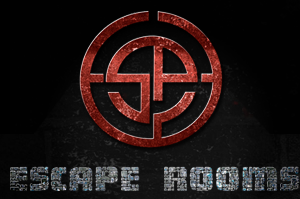 Another exit game site is set to open very soon in London! The site is called Escape Rooms, it’s the first site to open in London that’s south of the Thames – the location is great (between Tower Bridge and London Bridge, near the London Bridge station; specifically, you need the rear entrance to a building on Tooley Street) and the first room, Pharoah’s Chamber, is open for bookings from Friday.

This site has been in touch with proprietor Jack about his plans; the Escape Rooms web site is clear and detailed. Results from testing have been really positive; testing with experienced players will continue apace before the big launch of the first room, set in a cursed tomb. The story, as discussed on the web site, reads as follows:

You have successfully passed through all the 12 black hell gates, you are deep in the heart of pyramid – Pharaoh Khufu’s chamber. You are the 100th raider of this tomb; the 99 who have come before you are believed to have perished in the chamber though no bodies have been found. It has been rumoured that their souls have been sucked into Khufu’s tomb to act as his guards for eternity.

This chamber is cursed; all who remain in it after 60 minutes will die. You have 1 hour to find the treasure and escape; otherwise you will, as the others, be forced to remain at the Pharaoh’s side forever. Can you light the Flame of Gods and escape?

The site will be opening a second room, Room 33, within a couple of weeks; this has an unusual heist motif, as you are required to steal a priceless piece of porcelain from the fictive Room 3 of the British Museum.

The site declares itself to be distinctive in three fashions: the decoration and story will establish a different atmosphere to that of other exit games, the puzzles will interlock in an unusually organic fashion and the experience is described as “4-D”. It’ll be interesting to know what the fourth dimension is; the story behind Room 33 does see you travelling through time, which is the conventional definition!

More prosaically, from a player’s perspective, exit games sometimes shine on the strength of the unusual things that they permit players to do – if there are particularly cool toys to play with, or rare ways to interact with the environment, the experience will be particularly memorable. There’s no way to know this in advance of playing the game, and revealing the nature of the contents of the room would be one of the larger spoilers possible, but this site has very high hopes in this regard and looks forward to reading what players have to say about the room.

The games will each have a one-hour time limit. They cater for teams of 3-6; the charge is generally £19-£25 per player depending on team size, but there is a special opening discount in place for August, which will see teams pay as little as £15-£20 per player. Get in there while you can; it wouldn’t be at all a surprise if the calendar here filled up as quickly as those of the other sites in town.