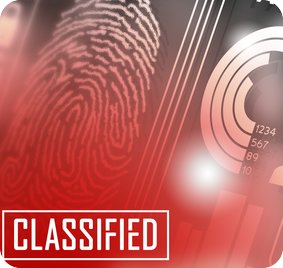 The exit game scene may be even more exciting in the north-west than it is in London right now, what with this week’s exciting launch at The Escape Room Manchester and expansion forthcoming at Clue HQ. Four weeks ago, Breakout Manchester announced that they would be opening their fifth room, which is coming into the closing stages of construction; that’s not all they’re up to!

Today, they made a bigger announcement that they will be launching their sixth and seventh rooms, which are available for booking on Thursdays to Sundays from Saturday 31st January onwards. “For the first time ever at Breakout Manchester, you can race against friends in an identical game room. You can prove once and for all who is the best at breaking out! If you wish to do this please book two sessions on the website that start at the same time. You do not have to have a team to race against, this game can be played as a stand alone game.

Ever fancied yourself as James Bond, Jack Bauer, Jason Bourne, Lara Croft, Virginia Hall or Mata Hari? This is your chance to see if you are good enough. The Classified room sees players sitting their final entrance exam to become a secret agent. You must escape from the room to pass the exam. This is Breakout’s most explosive and technologically advanced room yet!”

The main Breakout Manchester site is full to the brim with five different games; both of the new games will take place a short distance away from the main venue in what might be considered to be, no pun intended, a breakout space. The rooms are referred to as Classified 1 and Classified 2 and differ only in being coded with (City?) blue and (United?) red graphics respectively on the web site.

All game expansions are exciting, but phrases like “most explosive and technologically advanced room yet” really whet the appetite. This site looks forward to seeing how the competitions work out in practice!