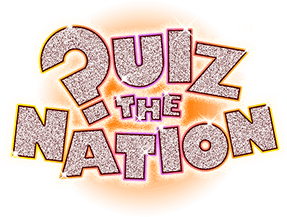 Sunday night saw the first episode of Quiz The Nation; as previously discussed, this is a nationwide quiz show where the questions are broadcast over satellite TV (or streamed online) to players at home or in a pub, who can respond to the questions through special apps on their phone or tablets. The player with most correct reponses, with response speed taken as a tie-breaker, wins the quiz. Scores and positions (both in your particular location and nationally) are displayed at the end of each round.

The app is free to download and comes with five tokens at no charge. Playing the quiz costs two credits; there are four additional optional “spot prize” one-question shootouts per show, as an additional optional extra between rounds (if you don’t need to go to the bar or the loo?) where the fastest correct answer nationally earns a £50 bonus prize. The overall quiz winner is promised a £1,000 cash prize, with players in positions 2 to 50 also sharing another £1,000 of prizes; possibly cash, possibly paid as tokens – the specifics have not yet been confirmed but are expected imminently.

The prizes are funded, in part, by selling additional tokens after the first five; it’s cheaper if you buy them in bulk, but roughly each one costs a little over a pound. The spot prizes do have something of the feel of a premium rate phone number quiz, but two tokens for a full hour’s interactive quiz seems like a very reasonable price, especially in light of the prizes on offer. It is believed that only something like 160 players took part in week one, so with prizes paid out exceeding the cost of tokens purchased, even if people were purchasing tokens in the first place, in poker terminology there is quite a handsome overlay. As the old jopke goes, Plus EV!

The quiz itself consists of five rounds: “odd one out” (a cute take on a picture quiz), mental agility, intelligence (which will definitely be grist to puzzle fans’ mills), observation and general knowledge (again, inspired by pictures). The older among you may recognise resemblances to The Krypton Factor on TV, and there is crossover in the personnel as well, most notably with the questions being read out by Granadaland TV journalism legend Gordon Burns. The questions neatly ramp up in difficulty within each round; while they never become unsociably difficult for pub play, the questions towards the end of each stanza do start to tickle.

The main question: how well does it work? Sadly, listening to the show over the online stream, the app wouldn’t sync with the audio from the stream here and thus it’s not possible to judge. That said, at least one friend of mine did manage to make the streamed version sync with the app, and I’m not aware of people watching the satellite broadcast (as intended) having problems. Similar technology has been used on other TV shows, notably Ludus. Minor server-side bug fixes are promised from one week to the next; the strength and reliability of the tech will make the venture sink or swim overall.

The closest comparison will not sound very flattering, but is intended as a high compliment. Back in 1995, a service called Two Way TV started, promising the ability to play along with shows (principally quiz shows!) on live TV. The service started regionally in 1996, though it’s not clear whether the national rollout ever really made it. (A single viewing of a TV ad for the service still looms large in the mind.) Perhaps the system was two decades ahead of its time and the world is ready for it now. Playing this feels somewhat like how that might have been. (The company responsible survived and evolved to, effectively, app developers long before there were ubiquitous app platforms.)

Fingers crossed that Quiz The Nation proves a hit and can grow from strength to strength… though if it takes a little longer and some more lovely puzzle people can take advantage of the relatively small crowds to take the early prizes, so much the better. 😉 If the tech continues to work well and prove popular, there’s no reason why it couldn’t be used for more specialist sorts of games. Music quizzes and sports quizzes are well-established – but how about broadcasting play-along-at-home puzzles to the nation at large? Why not?