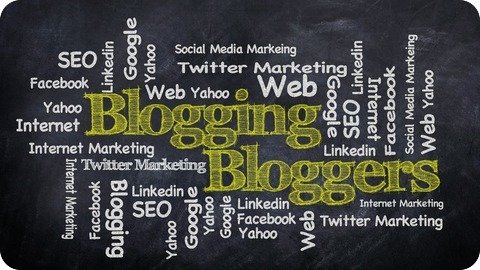 The blogroll to the left has had a major upgrade with the section about exit games more or less tripling in size. It’s almost as difficult to keep up with as following the new locations that launch, though neither challenge is anything less than delightful, and it’s definitely a case of “the more, the merrier”. In conclusion, people seem to be reasonably evenly split between referring to the genre as escape games and escape rooms, so exit game used here is, at least, distinctive. Please forgive these descriptions being short, out of practicality rather than dismissiveness.

Starting close to home, Escape Rooms London has a single page about the titular subject that goes into rather more detail than this site’s list of locations and the new UK-wide Escape Game Addicts is so exciting that it’s bound to get many more mentions on this site over time. Definitely room for more and more UK blogs, though.

That final sentiment is borne by the experience in the Greater Toronto area, which is approaching Budapest-like levels in its magnitude. The first site to cover the field was Toronto Room Escapes, with Escape Games Review the second. New additions are Escape Reviewer, which takes an entirely welcome South East Asian approach by rating individual rooms at a facility separately and providing a variety of categorised marks for each room as well as an overall single figure, and Escape Room Addict, which writes up its reasoning for its individual scores in considerable detail. One of the Escape Room Addict reviewers has serious form; he used to do a really, really good series of Flash videos about his board gaming group, a decade or so ago, back when Flash videos were a thing. (What you say !!) I cannot read what he has to say without one of the videos and its tune (from Guitar Freaks) coming into my head, and I don’t mind a bit. With four perspectives on each room, or more, there’s much more of a chance that the best rooms will shine through and overall opinions can be less clouded by particularly good or bad experiences when either the reviewers or the site were having an unusually good or bad day.

On another site of the world, Scott of Escape Rooms in Sydney reviews his local games, with detailed and persuasive analyses of each game’s high and low points. The Escape Room Directory lists exit games in over fifty countries, so it should come as no surprise that there are sites in other languages as well; Hemos Salido have been covering Spain (in Spanish) with a highlight being a preview and review of when Real Escape Game came to Barcelona for its first European event. Escape Game France details France (in French) with interviews as well as reviews, Escape Game Authority surveys Germany (in German) and has an excellent collection of German language links to media stories about exit games, All Escape Rooms discusses the Netherlands (in Dutch) with a map that clusters multiple exit games in a location brilliantly and makes this site jealous and Gerçek Kaçış Oyunları overlooks Turkey (in Turkish) with a Wiki format that should be extremely easy to keep very much up to the minute.

Likewise, there are ever more lists of exit games, many with maps. The Escapist Society has an elegant design and a single (though very interesting!) blog post so far; it focuses on Dutch exit games, but is also starting to cover ones in England, having reached some as far north as Macclesfield, and is all in the English language. Escape Room Hub has a global focus, accepts public reviews and features another one of those brilliant clustering maps, Escape Game Guide seems a little like a work in progress but might turn into something spectacular if it can fulfil its considerable potential and Find a Room Escape has a US focus and is the only site so far to make the obvious and logical step towards helping you (at least, a US reader!) find their nearest location.

So many different people doing so many different things, generally to such a high standard. It’s an exciting time… and it’s only going to get bigger and better from here!