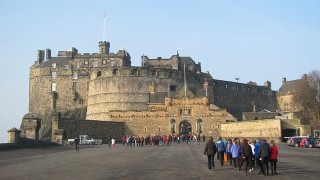 This site is always a fan of exit games that make themselves distinctive by playing up to their local roots. Some cities are better-suited to this than others. Edinburgh is extremely well-suited, with some particularly grisly tales about the Burke and Hare murders where the titular pair were associated with (and one of them confessed to) something like sixteen nineteenth-century killings, supplying the bodies to anatomy lecturer Dr. Robert Knox. Plenty of source material ripe for adaptation.

Dr. Knox’s Enigma is a site coming soon to Edinburgh which will feature two different games based on the same incidents. The site is in a building on a hill; start at the Royal Mile and take a series of steps down the Castle Rock to a lower street, and the location is half-way down the flight of steps. The first game, Wilson’s Revenge, refers specifically to the 1828 murder of an 18-year-old man with a distinctive limp and pronounced mental health issues; two parallel rooms will be made available. Booking is open now for dates from Monday 9th March onwards. Two more rooms will be made available later, entitled The Barclay Collection, referring to the anatomist John Barclay who offered Knox a partnership in his anatomy school. Possibly not one for the squeamish!

However, launching before then, Escape of Edinburgh will be changing one of their Classic Live Escape rooms into a room that they are entitling The Darker Side of Edinburgh, drawing not only upon Burke and Hare but also, according to their recent Facebook post, upon Deacon Brodie, Dr Jekyll and Mr Hyde. There’s surely enough source material to support different interpretations and focuses; this site looks forward to learning how different games interpret different parts of the canon and how the interpretations compare. This game is set to launch on Thursday 26th February.

All of which will make Edinburgh the first city within the UK, outside London, to host four different sites, featuring at least six different games but set to grow to at least nine. It’s an exciting place to be!