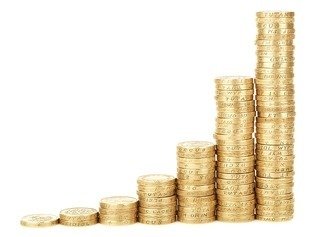 This is the eleventh instalment of an occasional feature to act as a status report on the exit games in the UK and Ireland. On its own it means little, but repeated sufficiently many times it could be the basis of a survey of growth over time.

This month, four sites have opened and Jailbreak! has moved from “open” to “temporary closure”, on the strength of expectations of a second, bigger, better and possibly permanent opening. March 2015 looks set to be the biggest month for exit games in the UK and Ireland yet, with seven UK sites and one Irish site all selling tickets for various dates over the course of the month.

This needs to be taken with a heavy pinch of salt. This site supports all the exit games that exist and will not make claims that any particular one is superior to any other particular one. Please note that the TripAdvisor rankings represent a wide variety of locations and cannot be directly compared against each other. In fact, it’s definitely pushing it even to compare the TripAdvisor rankings of two exit game sites in the same city, and here’s why:

What a palaver; TripAdvisor have been playing around with their ranking system again. On balance, this site believes that the latest round of changes are a marginal net positive for exit games. It appears that sites will still be compared against other activities (or, in one asterisked case, attractions) in the same location, and this month, the rankings quoted above are the overall activities rankings. On the other hand, if you go and look at the TripAdvisor page for any particular site, you will see a ranking not relative to activities but to some smaller category. Normally this is Fun & Games, but sometimes it’s whatever else TripAdvisor feels like; at least one city has its indoor exit games ranked under Outdoor Activities. If you look at TripAdvisor on a mobile device, it’ll show you the activities rankings; on a desktop, the Fun & Games rankings.

One happy conclusion of this is that, for instance, six of the top ten listings in London for Fun & Games are all exit games. That can’t be bad at all. In general, the more sites that can be number one, the happier all round. One unhappy conclusion is that this will make the number one statuses slightly less meaningful and slightly less visible. One very confusing conclusion is that it’s evidently possible for one site to be ranked ahead of another in the activities chart but for the two sites to be ranked the other way around in the Fun & Games chart. (This happens in at least two cities.) There is no definite reason to prefer one ordering over the other.

In that case, why does this site quote the activities rankings? Two bad reasons: continuation of established practice, which is never a good justification on its own; even less justifiably, convenience – for these rankings are the ones quoted on this one single page. Thoughts on this are welcome (though responses from site operators of “do whatever makes my site looks best…” will be taken with a smile) but it may well be the case that next month the other set of rankings are quoted, or possibly even no rankings at all.

Nevertheless, congratulations to all those sites who are proud of the rankings they have worked so hard to achieve. It’s particularly delightful to see Sheffield’s The Great Escape Game reach number one, and also at least three sites making very rapid progress to reach number two in their city as well. There are many other new sites where highly elevated rankings are surely just a matter of time and continued excellent reviews, as well.

This site makes an estimate that the number of people who have played at least one exit game in the UK or Ireland, at any point in time up to the end of February 2015, is 155,000. (This estimate is quoted to the nearest 5,000, but the site would not like to claim more confidence than “…to within an order of three either way”.) As ever, if someone plays more than one game at the same site, this figure still only counts them once, and this number is only really meaningful in the context of this site’s previous estimates. The other usual caveat is that this figure may exclude data from locations about which this site is ignorant – and in researching this, this site has just found another site that opened in early January. More about that soon!