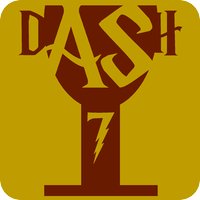 The seventh DASH puzzle hunt will happen in London from 10 a.m. on Saturday 30th May. DASH stands for “Different Areas, Same Hunt”; part of the attraction is that the same event will also be run in 14 cities across the United States on the same day, so competition is global. (Sadly Toronto won’t be happening this year… but surely is a shoo-in for next time.) Registration is open, but is limited to 25 slots – and ten of them have gone in the first 36 hours already. Last year, this site predicted all 25 slots would go; in truth, 21 went. This year, with the likes of Puzzled Pint spreading the word much more widely, this site reckons they’re all going to go within the next two weeks.

In DASH, teams of 3-5 players solve 8-10 puzzles as quickly as possible over the course of, probably, 5-8 hours. You walk from puzzle location to location, enjoying the journey and hopefully the weather. The travel is not timed, so you can take whatever comfort breaks, meals and other pauses you like between puzzles. The cost in London is, as for the last two years, £25 per team – but this year the booking system imposes an 8½% booking fee surcharge.

As last year is that each team is required to bring a smartphone running either iOS 7 or a recent version of Android; much of the administration will be performed by an app called ClueKeeper. Bring your own pencils, scissors, tape, Enigma machines and so on, too. (Tape is listed as essential this year.)

DASH has historically tended to concentrate on word and picture puzzles, rather than logic puzzles, with a focus on pattern recognition and some codebreaking here and there along the way. There’ll be a riot if there isn’t a metapuzzle to tie everything together at the end and the DASH style is to have an overarching story running through the event. Take a look at past years’ puzzles from DASHes 6, 5, 4, 3, 2 and 1 to get a feel for the form and difficulty level.

DASH tries very hard to be accessible and family-friendly:

Both of the two previous London events were outstanding; I wrote about DASH 5 at length at the time. One of my teammates, Iain, also wrote an account of that event, with gorgeous pictures, in two parts; he also produced a fantastic 80-minute podcast (from 1:54 onwards) about the DASH 6 event. Iain has always been very measured in his praise and thoughtful about the event’s marginal shortcomings, so it’s to the event’s strength that he will be leading the event this year.

More information will be posted at the London Twitter feed, or send questions to the London organisers. (If you’re less interested in playing and more interested in helping out, or if all the teams’ places have been filled, you can also volunteer to help, and maybe even playtest the puzzles if you’re really quick – so if the 30th May date doesn’t work for you, this might be your chance.) The DASH 7 logo hints at a possible theme, if you recognise the logotype, and if this supposition proves correct then the opportunity to play this hunt in London might be especially thematic.

If you’re looking to find teammates, there’s a post on Facebook to which you are invited to reply – or, perhaps, you might enjoy turning up at Puzzled Pint on Tuesday 14th and looking for teammates in person. If you have teammates, then consider this thread a roll call. Looking forward to seeing lots of you there!