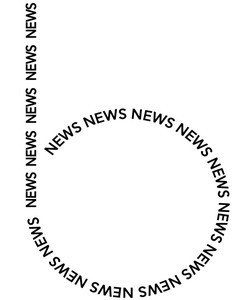 Lots going on at the moment. Normally this would be three separate posts, but there’s so much else to write about!

1) This site recently mentioned the Escape Games Convention in Stuttgart, Germany on 4th September. Katharina Wulf of co-hosts ExitVentures (who are apparently putting together a printed German-language magazine) wrote on a forum as follows:

“We (as the oragnizing team) are trying to make it valuable to come for English speaking people as well. Here some information in English: One highlight will be the talk of Attila Gyurkovics. He is the first operator of live escape games in Europe with ParaPark (Budapest) and the first one who developed live escape games on the basis of flow theory. Attila Gyurkovics will talk about his experience and his future visions. Prof. Nicholson (Wilfrid Laurier University, Canada) will give scientific insights into the field and an overview over the North American market via video message.

((…)) In addition there will be some workshops focusing on following topics: “Live escape games next level” (about innovative new room concepts) and “Live escape games association” (about the creation of common structures for the industry in Germany). ((…)) The video message from Prof. Nicholson and the speech from Attila Gyurkovics will be in English. Beside that we will offer the workshops in English, too. Furthermore we will be able to provide you with information in English for the other agenda items. In the session the participants will elaborate relevant topics in small groups. This can be realized in German or English.”

It’s looking ever more tempting, especially for us non-German-speakers!

2) The UK Puzzle Association are running their annual UK Sudoku Championship online this weekend. Start after midday on Thursday, up until the end of Monday, and you have a two-hour window of your choice to score points by solving the 17 sudoku and sudoku variant puzzles. The top two finishers will earn places on the UK team for the World Sudoku Championship. It’s always a great contest for sudoku fans and there are no charges for taking part.

3) Lastly, back at DASH 7, Yasmin Curren took extensive video through the day. She has taken weeks of hard work, for which we’re all surely very grateful, to apply her magic; the results are a spectacular three-minute summary of the fun to be had, though perhaps the puzzles – being less telegenic – have to take second place. Be sure to look out for the Quidditch, Wronski Feint and all: