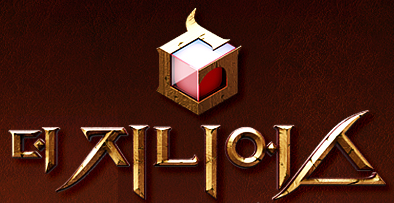 It’s a joy to have a good excuse to use the above logo again; the fourth series of Korean sensation The Genius is now under way. At time of writing, the first two episodes have been broadcast, translated and covertly reposted with English-language subtitles. The subtitle of this series is GRAND FINAL, and it’s an all-star series; the thirteen contestants have all played one or two of the first three series – and, furthermore, they include the top two finishers from each of the first three series. (Sadly, some of the most entertaining and biggest mouths of the first two series aren’t back.)

This site previously discussed the show; in summary, imagine Big Brother with really smart contestants playing proper clever, puzzly games. You can jump in at the start of the fourth series which stands alone, but you may also get more from being familiar with the personalities if you’ve watched the first three series (highly recommended; the games broadly get more interesting and better-played over time, but the first series has the single most brilliantly-played game to date and the second series has the single most brilliant piece of gameplay, which is not quite the same thing). Links to shows plus translations are at the usual place.

While the UK isn’t cool enough to have The Genius, it does have dear old Only Connect, brilliant in its own right and its own fashion – though this site maintains that the show has, metaphorically, put on a jazzy bow tie ever since it moved to BBC 2, just for a giggle. The new series starts on Monday 13th July. Get in early if you can, because you stand much more chance – though still not much of a chance, unless you’re good! – at being able to play along with the episodes at the start of the series. BBC FOUR starts its brand new show, Hive Minds, on Tuesday 14th July, hiding its tricky quiz answers in word search puzzles with hexagonal grids. The clips suggest that there may well be some play-along-at-home value to it.

Later in the month, with most direct relevance to exit games, the Science Channel in the US is launching Race To Escape, as previously discussed. Some more videos have been posted, one featuring the rules to the game. (Two teams compete to escape identical rooms; the first team to escape within 60 minutes wins a cash prize. Escape within 20 minutes and win $25,000; take longer than that and the money starts to tick away at $500 per minute. Optional clues reduce the potential prize by $5,000 each.) One video suggests that they’re going to use some techniques for the show’s clues which this site would consider a little exotic because real-life exit games cannot have a TV budget; this is good to see, and probably essential because many of the show’s viewers are likely to have played games and seen the relatively simple stuff first-hand. Fingers crossed!