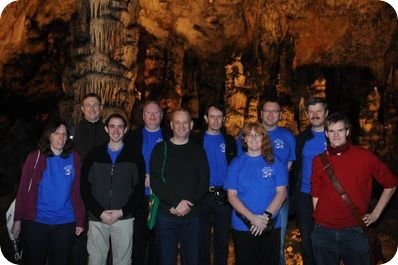 The UK teams at the 2011 World Sudoku and Puzzle Championships in Eger, Hungary

The first-choice teams have been announced for the UK’s representatives at this year’s World Sudoku and Puzzle Championships, taking place in mid-October in Sofia, Bulgaria.

While everybody has been too right-minded to say anything foolish, the continued and repeated success of women in sudoku competitions worldwide would surely shoot down at a stroke any stray sexists who wanted to make an issue, where none exists, of the differences between men’s and women’s ability at competitive puzzles.

The Puzzle team is as follows:

The puzzle team looks at least as strong as the UK has ever had. The UK’s best performance at a World Puzzle Championship (sixth in 2013) was with that line-up except for Thomas Powell instead of David McNeill – and McNeill, as well as clearly being on great form, has been the top UK solver at the WPC four times out of his five appearances.

This is the UK team that Exit Games UK has long hoped for. The puzzles are getting harder and the standard is getting stronger; you need to run ever faster just to keep up. When this site predicted a 35% chance that the UK team produces its best performance in the next World Puzzle Championship, beating its previous best of sixth from the twenty national “A” teams in Beijing in 2013, it hoped to see a line-up just like that one to break the national record.

The very best of British luck to both teams!