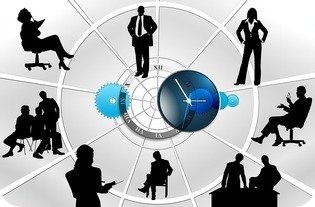 After the Escape Games Convention in Stuttgart last month, yesterday saw the Ontario Escape Room Unconference 2015 in Toronto. Hopefully the Facebook group will get better-populated; Exit Games UK very much looks forward to reports of the event from those members of the extremely popular local exit game blogging scene who could attend, and the #oeru15 Twitter hashtag has exciting-looking titbits.

So if meetings can happen in Germany and Canada, why can’t they happen here? That was part of the thinking behind the industry-wide meetup at the forthcoming The Crystal Maze attraction, though the attraction’s delay in opening until 2016 is putting that on hold. Before then, an unconference in Leeds between 2pm and 7pm on Wednesday 13th January has been announced on Facebook, or at the very least, suggested. Hurrah! Exciting times; hopefully the Canadian model (and reports of how much its attendees got from being there) will drive lots of people to such a UK event, for its effectiveness will strongly depend on how many people turn up to take part.

The suggestion was made by Liz Cable of Time Games, a university lecturer in social media and digital narratives. Time Games have fine form, having organised pop-up exit games at speculative fiction conventions in the UK and in the Netherlands and combination exit game / scavenger hunts for universities as well – and who have such a varied background in other types of games that they can bring plenty of other experiences to the table as well. Most excitingly, as Essa at Intervirals pointed out, they’re responsible for this very exciting tweet: “We’re planning an International #EscapeGame Challenge for 2016“. Definitely one to follow!

Liz has a number of other provocative thoughts as well, for instance “This lunchtime I am mostly thinking about how to combine laser-tagging and escape games“. A small part of the solution could be the rather cool-sounding Survive The Night large-scale outdoor archery tag (which uses proper bows and heavily foam-tipped boffer arrows) game recently discussed at Escape Rooms in Toronto; a bigger part might go along the lines of “who knows, but it certainly sounds amazing“!