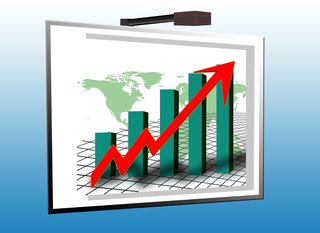 It is unclear whether increased competition is dragging the price of playing exit games down, or whether exit game suppliers are facing higher charges and being required to pass them on to consumers in turn. Somebody should track this, and this site doesn’t see anybody else doing so.

The principle behind the tracker aims to emulate the calculation processes behind the actual inflation calculation process. This site will establish a basket of exit game prices, then measure this basket periodically to establish whether there has been a trend in price changes. It may well be that there is no change for a period of several months, so do not expect especially frequent updates. As a policy decision, this basket will consider only UK prices, though will attempt to represent prices from all over the UK; a separate Irish basket may follow in time. (More specific baskets could also be possible – perhaps a Scottish basket or a London basket. These will not be considered in the first instance.)

Now individual exit games do come and will eventually go – hopefully, very, very eventually. Accordingly, it may not be the most appropriate measure to strictly define the basket in terms of specific games that are set in stone forever; a more specific example of a basket item might be “a 4-player game at an established popular site in London, during the afternoon at a weekend, booked 2-3 weeks in advance, not taking advantage of offers”. The identity of the site this refers to will be consistent as far as possible but is not necessarily set in stone forever – indeed, some basket items will deliberately change relatively frequently. For instance, some players delight in trying the latest new site, and this aspect of the experience should be considered, but new sites do not remain new forever! You will forgive this site for not identifying the specific games used.

Accordingly, the basket considers a variety of team sizes, and uses data from photos of teams posted online (making the reasonable-seeming assumption that they are adequately representative…) to reasonably properly weight different team sizes according to how frequent they seem to be in real life, bearing in mind that some sites cater for larger teams than others – and, indeed, some sites have rooms that deliberately cater for teams of different sizes. Similarly, the basket attempts to reflect the perceived relative popularity of the various options in each categorisation.

This can only be an introduction to the principle, as this site has captured its first average price of basket items. There is no inflation rate to announce as there is no previous data to compare against. However, the next time this site captures the average price, an extremely preliminary inflation rate estimate would be possible.