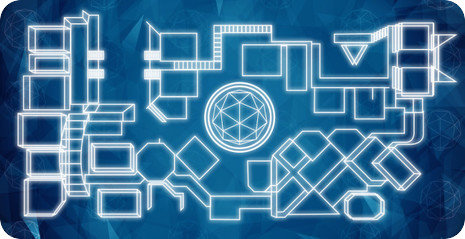 Just over a week ago, this site reported on the start of the crowdfunding campaign for a proposed The Crystal Maze Live experience. In about a week, it reached its £500,000 funding target, and has released some stretch goals. Exciting times!

This site also proposed an industry-wide meeting there. There’s been quite a bit of interest, but there’s plenty of room for more, and the project is at the stage where it needs to go from “yes, I’m interested” to “yes, I’m willing to take the risk and plunk down money for it” – bearing in mind that, as with all crowdfunding projects, the project might not happen, or it might happen late, or the meeting might happen at a point where you can’t attend, or so on, and refunds may not be available.

So far, there has been interest expressed by 22 representatives from exit games and 6 exit game players. Sites that have expressed an interest in attending include: Escape (Edinburgh, etc.), Clue Finders, Escape Hour, Breakout (Manchester, etc.), Escape Quest, Agent November, Escape Live, Locked In Games, Can You Escape, Tick Tock Unlock and The Escape Room. These names are still at the “expressed an interest” stage rather than the “definitely will be there” stage, so there’s no guarantee that they will turn up.

There’s a difference between people who have expressed an interest and people who have confirmed their booking. If this can get up to – say – forty or so people expressing an interest, I’ll confirm that the event is happening and then actually guarantee spaces for the first 32 people to pay for their spots. If it’s a struggle to get past 28 “possible”s, then there isn’t the interest. Please tell your friends and tell other site owners!

Some questions have been asked:

Why meet at The Crystal Maze rather than at an existing exit game?

1) So many site operators have posted excitedly that they want to play it, whether the meeting happens or not.
2) It’s not an exit game as such, making it neutral territory in a sense, but it’s something likely to be of interest to exit game companies and players.
3) At least one of the people behind The Crystal Maze also is involved with the Time Run exit game, so the hosts are likely to be interested as well.

When would it happen?

It has been suggested that Monday would be a good day to aim for, as it’s traditionally relatively quiet for exit games – and it might be wise to aim for Monday afternoon, so that people might continue to meet afterwards (and possibly visit exit games or other London attractions, who knows?) I would hope that it would be possible to get a Monday afternoon spot at some point this year.

I would welcome people’s input and suggestions in this regard.

Where would it happen?

The location has not yet been published, other than a suggestion of “central London”.

How much would it cost?

If we can get 32 people playing, it would be £32.50 per player, plus your travel expenses.

Please confirm if you would definitely be ready to send money through, and – if so – for how many places. There could be no guarantee that sending money through will result in anything; sometimes crowdfunding campaigns take the money and run, though there’s no evidence of that in this case. There could also be no refunds if the only date that we can get is a date that you couldn’t make, though you could privately resell your spot to someone else.