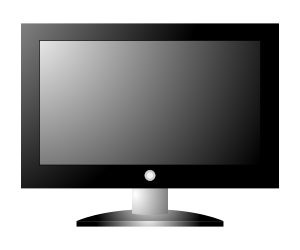 Four quick stories about exit games on television, both past and future:

1) The Bristol Maze, of the City Mazes chain, was recently featured in a short but very positive piece on the genre that was part of the BBC’s Points West local news show.

2) As discussed, the US TV show Race to Escape will be coming to the UK version of the Discovery TV channel. Indeed, you may even have seen some trailers for it. There’s also acknowledgment of it, of a sort on the Discovery channel’s Press Releases page. This site liked the show a lot, though not everybody did, and certainly it’s rather more destructive within exit game rooms than would happen in the real world.

3) However, it’s more fun to look at what’s set to come in the future. This site is bullish about prospects for further exit game TV shows; the lack of references firmly fixing them at a point in time mean that they, like The Crystal Maze, could be repeated for literally decades to come and still entertain someone who hadn’t seen that particular episode before. The ratings for Race to Escape are mentioned in this press release; it’s written in jargon rather than English, but – running it through the translator – those ratings are apparently “boffo”.

Not sure if the success of Race to Escape has been noted as a good thing, but Intervirals pointed (on Facebook) that the US TV channel Pop, half-owned by the CBS Network, are set to feature a show by Zodiak USA, who have quite a track record, with the working title of Celebrity Escape Room. The Deadline web site quotes a press release like so: “Based on the hottest new craze in live-action gaming, CELEBRITY ESCAPE ROOM is a high-intensity, totally immersive pop culture challenge. Two celebrities and their friends compete by getting locked in identical rooms, and the only way out is to use their pop culture knowledge and work together to unlock the exit. With room themes ranging from zombie apocalypse to a totally tubular 80’s teen dream, viewers play along as the two celeb teams hilariously stumble through a series of clues, puzzles and red herrings until they unlock the key to their freedom. The first team to escape wins.”

4) As much as exit games are a global phenomenon, there’s no reason why TV exit games couldn’t be global likewise – and being quite visual, the formats might travel well. This site has discussed the outstanding The Genius broadcast on tvN in South Korea, which has won the Best Game/Quiz Program award in the Asian Television Awards and may have had more of an impact still; rival broadcaster JTBC has announced a show which looks like it might just be an exit game. (On the other hand, it might not; compare with Dero!, which inspired the US Syfy channel’s Exit, and is sadly just a dressed-up quiz.) ‘Code – the Secret Chamber’ is a psychological survival program that the casts have to evacuate from the locked down rooms with 4 different concepts by solving secret codes through mission games. Through their deductions, the program will induce the members to union, betrayal, corporation and competitions. ‘Code’ will air its first episode in January 2016.

Not long to wait to find out either way!