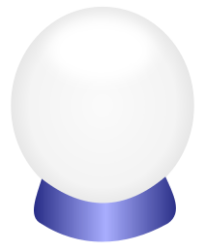 There is practically a 0% chance that the whole exit game industry proves a fad that goes as quickly in 2014 as quickly as it came in 2013. Nothing lasts forever, but there’s no reason why the industry – or, at least, its best sites – shouldn’t be in it for the long haul.

There is a 10% chance that the UK mass media will catch on to just how cool exit games are and base a series around them with properly integrated puzzle solving, rather than the merely disguised quiz of, say, the US Exit show.

There is a 20% chance that one of the big players in the leisure industry – perhaps a chain of bowling alleys, or cinemas, or maybe even gyms or similar – will get on board and bring a corporate, commodified approach to the exit game business to compete with all the plucky independents this site loves so much.

There is a 30% chance that there will someone will hide a treasure in the UK with a hunt that really catches the public attention. Perhaps Masquerade must be a one-off in its impact, but there have been plenty of worthy successors. Maybe the clues will be shared in a book, maybe it’ll follow the tradition of Alternate Reality Games promoting mass media works, maybe it’ll be something new.

There is a 40% chance that existing exit game sites continue to grow and grow – as just one example, clueQuest is set to open its second Operation BlackSheep room on August 1st! – and that there is a single site which manages to serve forty teams on the same day. Thirty a day seems like a very unambitious target, forty a day pushes it to the “40% chance” category.

There is a 50% chance that the next World Puzzle Championship will be won by Ulrich Voigt of Germany – after all, he’s won two of the last four! (Maybe this is underselling him; the full story is that he’s won 9 of the last 14, but surely the opposition is getting stronger as well.)

There is a 60% chance that the monthly party that is Puzzled Pint will keep growing and growing in London, exposing more and more people to the puzzle hobby… at least, once autumn comes around and the nights start to draw back in.

There is a 70% chance that at least one existing exit game covered by this site will officially call it a day, in addition to those which just might fade from sight. (And, still, the exit game industry would compare favourably with so many others when you think about startups failing quickly.)

There is a 80% chance that there will be a day where this site can list at least twenty sites open for business in the UK and Ireland, with at least five in the London area.

There is a 90% chance that the 23rd World Puzzle Championship and 9th World Sudoku Championship, scheduled for Croydon here in the UK on the 10th to 17th of August, will go with a bang and be a success to be proud of for years.

There is practically a 100% chance that something incredibly cool, of which this site was not previously aware, will make itself known. Maybe it’ll be… not just any exit game, but the exit game of all exit games; maybe it’ll be a puzzle game like of which nobody has seen before; maybe it’ll be the hottest new puzzle trend since sudoku. Be sure that this site will really, really enjoy telling you about it.