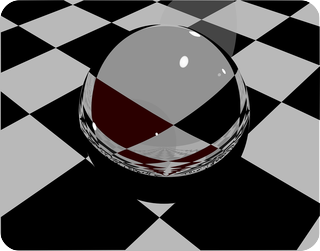 This site ran a predictions feature over the second half of 2014 then assessed the accuracy of its predictions. More strictly, the piece was a series of probability estimates, which is not quite the same thing. This year, to make things more explicit, this site will split its estimates into challenges, which represent interesting predictions that have an outside chance of happening but this site considers to be less likely than not to happen in 2015, and actual predictions, which this site considers to be more likely than not to happen in 2015.

There is a 5% chance that an exit game business sufficiently motivates and enthuses its staff to vote it into the top twenty of the next Sunday Times “Best Small Company to Work For” list.

There is a 15% chance that the world will gain a second global monthly puzzle event. There’s a definite reason for one to exist: the wonderful Puzzled Pint is for the benefit of the community, which (generally) goes to visit a different venue each month in each city. Suppose there were a second event run for the benefit of the venues; individual bars (etc.) could adopt the event, pledging to host a puzzle night in their location each month. There are places that would find that a compelling attraction!

There is a 20% chance that some company brings larger-scale live escape events to the UK, with relatively many teams playing the same game at once. (For those who get the distinction, think Real Escape Game as opposed to Real Escape Room.)

There is a 25% chance that the 25th anniversary of The Crystal Maze, which will happen on 15th February this year, will see a reawakening of interest and the show will catch the public mood once more.

There is a 30% chance that one of the big players in the leisure industry starts a chain of exit games within its own facilities, or teams up with an existing exit game business which wants to expand rapidly by opening in a number of facilities. For instance, if you’re going to go to either of the branches of the real-snow indoor ski slope Xscape, you know you’re prepared to spend money, and the chance to play “Escape at Xscape” would surely be irresistible…

There is a 35% chance that the UK team produces its best performance in the next World Puzzle Championship, beating its previous best of sixth from the twenty national “A” teams in Beijing in 2013.

There is a 40% chance that another UK city develops a puzzle community like that of London, with at least one regular monthly event and at least one larger annual event – maybe as simply as hosting its own Puzzled Pint and DASH events, maybe something of its own. All it takes is someone willing to be the first onto the dancefloor.

There is a 45% chance that the UK mass media will catch on to just how cool exit games are. Maybe the “The One Show” team will go and play, or someone will take the idea to Dragon’s Den, or The Apprentice might consider them to be sufficiently zeitgeist-y to take an interest. At the top end, this site might dream of a revival of The Adventure Game, which effectively featured (among other things) room escape games a good thirty years ahead of the time.

There is a 55% chance that at least one exit game will earn the Living Wage Employer mark. Perhaps there is at least one out there which pays the stipulated wage already. This site doesn’t believe that every exit game can afford to pay the stipulated level; indeed, many owners, especially of very new games, will be some way from covering costs, and consistent wage rises might force them out of business outright. However, perhaps there’s a business out there who would take pride from going down this route.

There is a 60% chance that the next World Puzzle Championship will be won by Ulrich Voigt of Germany, which would be his eleventh overall and the first time anyone has ever won four in a row.

There is a 65% chance that the exit game industry continues to grow sufficiently quickly that this site’s estimate for the number of unique players in the UK or Ireland by the end of December 2015 reaches or exceeds half a million… and this site will not attempt to fix the figures just for the sake of proving this relatively weakly-held prediction correct.

There is a 70% chance that at least one exit game will start to advertise itself using a formal endorsement from a reasonably well-known, mainstream national or international celebrity.

There is a 75% chance that the Puzzled Pint community of London will continue to grow, flourish, with teams getting to know each other ever more closely and look forward to meeting each other at the other puzzle events that exist through the course of the year.

There is a 80% chance that eleven or twelve of the calendar months of the year will see at least one new site open for business in the UK or Ireland.

There is a 85% chance that there will be a UK-based exit game review blog set up this year, to which this site will very happily link. There are many different sites out there who want the publicity from the reviews that they might get; be any good (goodness knows, this site doesn’t set the bar high) and proprietors will be climbing over themselves to invite you to play!

There is a 95% chance that at least two existing exit games covered by this site will officially call it a day. These don’t have to be unhappy endings; for instance, Oxford Castle are listing their Jailbreak event as happening until the end of January only, then presumably they will put the game cleanly back in its box. Fingers crossed that they choose to get it back out again at some point.