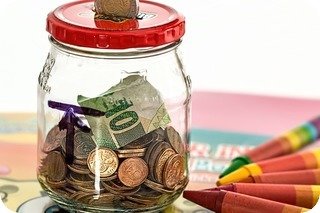 This site has long had a policy, among many others, of prioritising efforts not to play favourites. While the policy continues as ever, the biggest challenge to it yet has arisen; for the first time, it happens that people who I already knew and liked are starting their first UK exit game. Impartiality (as far as consciously possible, and making efforts to consider subconsious effects) remains critical – but, by way of full disclosure, there’s more of a reason for me to have a rooting interest in this one particular case.

This site has given a few mentions to Mink Ette, one of the team behind the Spark of Resistance game in Portland, near the Pacific coast of the US, and also mentioned Gareth Briggs of last year’s MOLE game and more. The two of them, and others, are teaming to start an exit game in Brixton, with an associated Adventure Society situating its headquarters in the site’s retail presence; the crowdfunding campaign has started like gangbusters.

It would be fair to say that the UK has not previously seen an exit game crowdfunding campaign with such a hot start, this side of a more inclusive decision of exit game that might permit comparison to Hyde or The Crystal Maze. It would also be fair to point out that other sites have reached their targets even after a less conspicuous beginning – and that other sites again that didn’t reach their targets at all have still come to fruition, flourished and made a great many people happy.

It’s worth asking what has made the difference in this case; at a guess, informed by other articles on successful crowdfunding such as this one by beloved band the Doubleclicks, getting your name out there and being a known quantity makes a big difference, and one way to do that is to work on many other people’s projects. It also helps that other reputable people have been willing to lend their credibility by volunteering on the project, on the crowdfunding rewards or simply by being vocal about it. The whole “having run the game before in another country” issue may also make it a somewhat more plausible proposition, too.

This is far from the only game in town, though. There’s another Kickstarter project for Code Rooms, a putative exit game in Cardiff looking to open in 2016. Kickstarter is not the only crowdfunding route; on Indiegogo, the campaign for Escape Rooms Cardiff is offering early bird tickets ahead of the launch, planned for December, at a very attractive rate. This site has also mentioned Mystery HQ Wigan, though the crowdfunding campaign seems no longer available.

More about all these games, as and when news becomes available!